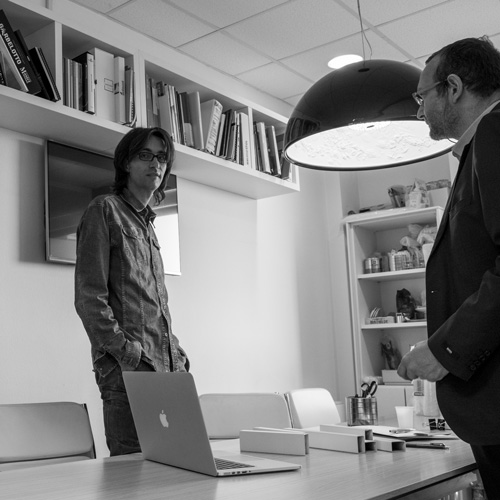 Silvio Binini
Architect, Reggio Emilia 1965.
After scientific high school diploma, in 1994 he graduated cum laude in Architecture at the University of Florence.
From 1990 to 1996 he worked as a consultant for the companies SIMONGAVINA and PARADISO TERRESTRE of Dino Gavina.
Beside his architectural practice, Silvio has carried out lecturing activities at ‘Università del Progetto’ of Reggio Emilia and I.F.O.A Environmental Agency of Reggio Emilia.
In 1996, he co-founded the Studio “Progetti Architetti Associati” with architect Marco Denti, which in 2000 merged in with “Studio Binini – Architetti & Ingegneri Associati”.
From 2009 he was Co-Founder of “Binini Partners s.r.l.”, and acted as its Technical Director until 2012. In these years, he has gained extensive experience in the coordination and management of public projects, particularly in healthcare field.
In 2013 in Reggio Emilia, Silvio Binini co-founds BP ARCHITECTS with Emanuele Piccinini.
silvio.binini@bparch.eu